If you Want To Support My Content Choose Stake Pool PAUL When Delegating. Thank You

Below are some of the common questions I see when it comes to Cardano staking and wallets. If you have any other questions please add them in the comments below and I will update the main questions with the answers as I expect this page to grow over time and become one of the go to places for people looking into Cardano Staking

Why should I stake my ADA?

Does Cardano staking lock your coins?

Is there a minimum amount I need to stake?

You can stake any amount over 10 ADA.

What is saturation level?

Saturation level is defined by the K parameter. Currently it is k=500 which means when a pool goes over 64M in stake the pool is saturated, at the end of March it will go to k=1000 which means the saturation point comes down to 32M in stake.

In simple terms if the pool you are in is over saturated you will get less rewards. I go into the specifics of this in the video below

Where can I view Stake Pool Stats

2 very good websites to track how pools are performing are pooltool.io and adapools.org

Both sites give you up to date stats on all pools. When you are looking at smaller pools sometimes stats dont give the full picture as smaller pools can miss some epochs but generally get bigger rewards when they do get blocks which helps them even out over the long term with returns.

What is the best wallet to hold your ADA in for staking?

For me the best Cardano wallet to use is either Yoroi or Daedalus which are the official wallets. You can create a wallet within either of these or you can sync your hardware wallet with them.

Where can I get the wallets?

Can I stake from a hardware wallet?

Yes you can use a ledger or a Trezor Model T to stake your ADA. ADA isn’t currently supported in Ledger Live but you can pair your Ledger with Daedalus or Yoroi and control your funds from there.

Do I need to leave Daedalus open to earn rewards?

How does staking with a pool compare to staking on exchanges or exodus wallet?

All staking is done with a pool but the difference with an exchange or exodus is they don’t give you a choice of what pool you delegate to. When you stake using an official wallet like Daedalus or Yoroi you can choose your pool and this also gives you the other benefits that comes with been an ADA Holder like voting. There may be other benefits once native tokens are live but I will update here if there are.

Like Daedlaus or Yoroi when you use Exodus you are in full control of the keys for your coins but when you leave them on an exchange you don’t have full control you basically have an IOU from the exchange for them coins.

How much do I earn with Cardano Staking?

The return rate will vary depending on the pool you are in but in general most pools will average out between 5% – 6% APY over the year. With some smaller pools they mightn’t get rewards in every epoch but when they do they generally get bigger rewards while bigger pools will get consistent rewards every epoch.

What are the Future Cardano Rewards?

Currently future rewards are unknown and will depend on the adoption of the blockchain. Currently there is a treasury that suppliments rewards but this is going down all the time so to make up for that the number of transactions on the network needs to increase as transaction fees are also used to pay out rewards to delegators. I cover it all in the video below

When do I start earning staking rewards

You will get your first rewards after 15 – 20 days and then every 5 days after that once your pool is producing blocks. I have done a full video explaining the wait time

Do I have to delegate every time I get rewards or add more funds to my wallet?

Why do rewards not increase immediately after adding to an existing staked address?

When you add new funds to a wallet you will have to wait the same 15 – 20 days to get your first rewards on the extra ADA and then it will be every 5 days. While you are waiting you will still be getting rewards on your original balance.

Refer t the question above for more info on why the 15-20 Day wait.

Do I have to claim my rewards every time?

Daedalus automatically claims your rewards but if you are using another wallet like Yoroi you have the option to manually claim them but you don’t need to do this every time. As they are auto re-staked for you, the only time you really need to claim them is when you want to move them out of the wallet, every time you claim you pay a transaction fee and even though it is very small there is no need paying it if you don’t need to.

Are there any fees for staking?

When staking you pay a transaction fee (roughly 0.17 ADA) to create and sign your stake key. There is also a 2 ADA deposit which you get back when you stop staking

What are the staking pool fixed fee of 340 ADA and variable fee?

You don’t directly pay the fixed fee or the variable fee when staking. These 2 fees are taken out of the overall pool rewards in an epoch and the rest is then distributed between all delegators.

Fixed Fee: The protocol has this set as a minimum 340 ADA

Variable fee: This is set by the stake pool operator and is generally 1% – 5%.

Is Staking Secure, can the pool steal my funds?

When you are staking you are still the only person that has access to move the funds so the security of your ADA is still 100% in your hands. By staking you are just signing a transaction (staking key) to say which pool you are choosing so even if that pool gets hacked or dissappears your funds are safe and you can redelegate to another pool.

Can I lose my ADA when I am staking?

No Cardano doesn’t have a slashing system which some other staking platforms do so the ADA you stake to the network can never be impacted, you only get rewards for staking.

Are Yoroi and Daedalus safe wallets or do I need a hardware wallet?

Yoroi and Daedalus are both very good wallets and they are as secure as you are with your seed phrase. Once you keep your seed phrase safe then your wallet should be secure. When running any wallets it is also good to have anti virus software to make sure your laptop stays clean.

If there are any question missing that you think should be added please let me know in the comments below and I will get them added.

If you think this will help other please give the post a SHARE as well. Thank You.

Stay Up To Date 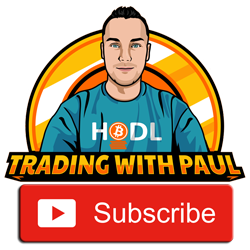 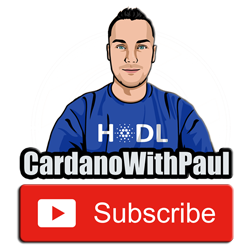